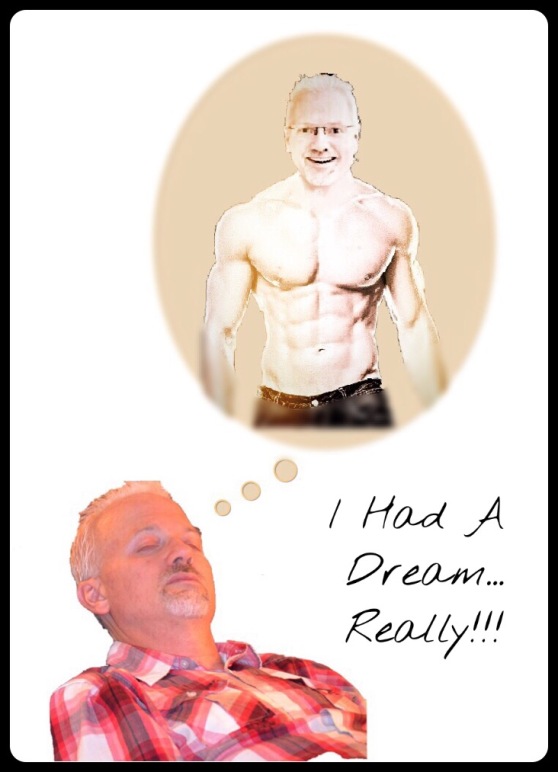 This dream was different. I was “walking” and praying throughout the sanctuary, at Living Stones Church, like I have done many times before. I was one-hundred percent healed. I not only saw it but I FELT IT! At this point I had no idea that I was dreaming. EVERYTHING was real…I was there, I could touch, taste, smell, see, and hear it! I remember walking over to where Pastor Al was sitting. I looked him in the eye and burst into tears. I stuck my leg out towards him and said, “Look, look, they are healed!” And I slapped the thigh of my leg to show him how muscular it was; he was soooooo happy!

Remember, to me, it didn’t seem like a dream. I was there. It was real. I was experiencing what I haven’t had in a long long time; TOTAL HEALTH. Words cannot describe my joy and emotion as I watched my healthy body moving without effort. It was so REAL. It was so real that when I woke up and realized it was a dream, I was depressed for the rest of the day. Thank God for Margie. She said, “Kevin, God gave you the dream so you can think about the way you felt, and keep that feeling of your healthy body until you see it happen.” She was right because I already had dreams where I could SEE my destiny, but now I also know what it FEELS like. OK, one more thing.

As I was walking I noticed there were other people in the sanctuary but they weren’t moving at all. They were just staring as I walked by them. After I woke up from the dream I asked God why those people weren’t excited about my miraculous healing. Several days later He showed me why. The people were staring as I walked by because: “Everyone was amazed to see God’s wonderful power. Everyone was amazed at all the things that Jesus was doing…..Look among the nations and watch. Be amazed and astonished. I (God) am going to do something in your days that you would not believe even if it were reported to you………The people were AMAZED and stunned to see what had happened to him – the crippled man that was healed.” (Luke 9:43; Hab. 1:5; Acts 3:10)

I believe our best days are before us. I believe we will see, demonstrate, and witness, miracles that will amaze and astonish people as they see God’s wonderful power, spreading around the world.