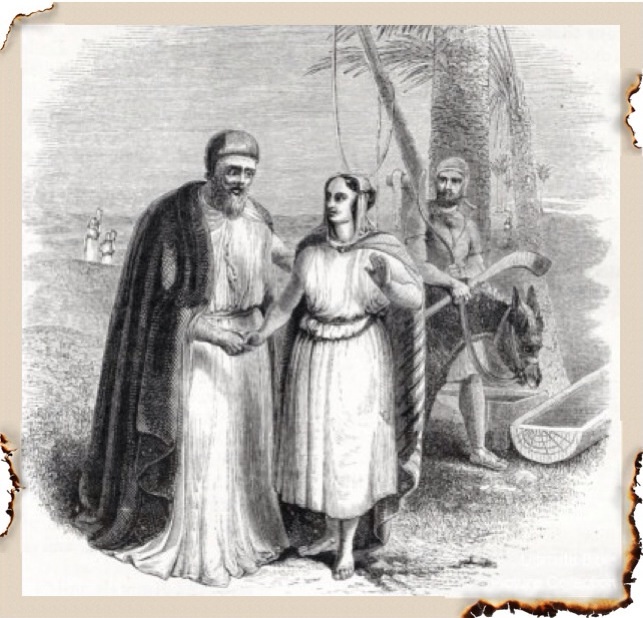 In Joshua 15:16-19 (GW) Caleb gives his daughter, Achsah, to Othniel so they can marry…….afterwards, when she came to Othniel (her new husband), she persuaded him to ask her father for a field (property for their home). Here is the conversation between Caleb (dad) and Achsah (daughter) as she dismounted from her donkey.

Caleb – “What do you want?”
Acsah – “Give me a blessing. Since you’ve given me some dry land, also give me some springs.”

So Caleb gave her the upper AND lower springs.

WHAT I NOTICED HERE: 1) Achsah persuaded her husband to do something, but instead, did it herself, before he even had a chance. 2) Even though the daughter has a NEW provider, her husband, that doesn’t keep her from asking “daddy” for MORE than he had ALREADY given. 3) Caleb, also known as “hubby” and “daddy” was actually RELIEVED that his wife took care of it so he didn’t have to, and as usual, gave his daughter whatever she wanted.

I, AND MANY OTHER HUSBANDS/FATHERS, CAN SOOOOOOO IDENTIFY ON EVERY LEVEL. I wonder how many of you guys will be man enough to admit that you agree with me???

This message brought to you lovingly and laughingly by,
Pastor Kevin Kinchen